The device was in the rumors from many weeks and was leaked several times in images and renders but finally company made the device official silently. But as we expected the device launched in the mid February and the smartphone is said to be launched in selected European countries from 18th February in the beginning.And finally it landed in India too after so long.

This new smartphone is powered with a Quad – Core 1.3 GHz Cortex – A7 processor with the Qualcomm Snapdragon 212 chipset and is carrying Adreno 304 GPU. The smartphone is pre – loaded with Microsoft Windows 10 operating system out of the box.

The smartphone is provided with the 1 GB of RAM on slot and unlike Lumia 640 which is the predecessor of this new smartphone with the 16 GB of internal in – built memory that can be further expandable up to 200 GB with the microSD card slot.

You Might Love to Read – Android N features and release date : What Android N will be called ?

According to the latest news Microsoft Lumia 650 specifications are equipped with a 5.0 – inch HD ClearBlack capacitive touchscreen display with 297 ppi of pixels density that provides the 1280 x 720 pixels of screen resolutions. Also the smartphone is provided with the Corning Gorilla Glass 3 for the protection of the display.

Also there are Accelerometer, Compass and Proximity sensors to make the smartphone the best one to buy. There is a removable 2000 mAh Li – Ion battery that provides the power supply to the smartphone and the device is available in two different colours; White and Black.

You Might Love to Read – Microsoft Lumia 1030 : Smartphone with 50 MP of Rear camera

There are many other features too that make your smartphone the best thing like; dual band WiFi with Hotspot, EDGE, GPRS, Bluetooth v4.0, USB, GPS with A – GPS and GLONASS. The smartphone is capable of three carriers; GSM (2G), HSPA (3G) and LTE (4G).

After going through the specifications of Lumia 650 smartphone what are you thinking of is the device worth buying or not. Oh!!! You are missing the price of Microsoft Lumia 650 to think about buying this new smartphone but being a Microsoft product the price tag is not going to disturb you as company knows the price is the main key for their success.

Price in Canada is 230 Canadian Dollars

Price in Australia is 235 Australian Dollars

Price in Malaysia is 735 Malaysian Ringgits

Price in Pakistan is 17,800 Pakistani Rupees

So now tell after going through the Microsoft Lumia 650 specifications and price, what are your views toward this new smartphone. 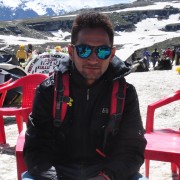 Huawei Honor 5C is having the Kirin 650 SoC and LTE 4G over it; sibling of Honor 5X